Home »Business»Mexico is experiencing one of the most widespread and intense droughts in decades: NASA

As of April 15, 85% of the country was facing these conditions, explained the space agency.

NASA published a statement in which it explains the drought situation in Mexico and ensures that the country is experiencing one of the most widespread and intense in decades.

According to the space agency, 85% of the territory is facing these conditions, which has affected the drinking water resources for drinking, cultivating and irrigating. “Dams throughout Mexico are at exceptionally low levels.”

In this report, NASA shows images of the levels of the Villa Victoria dam, one of the main water supplies in Mexico City, one taken on March 27, 2020 and another on March 30, 2021 and exposes: 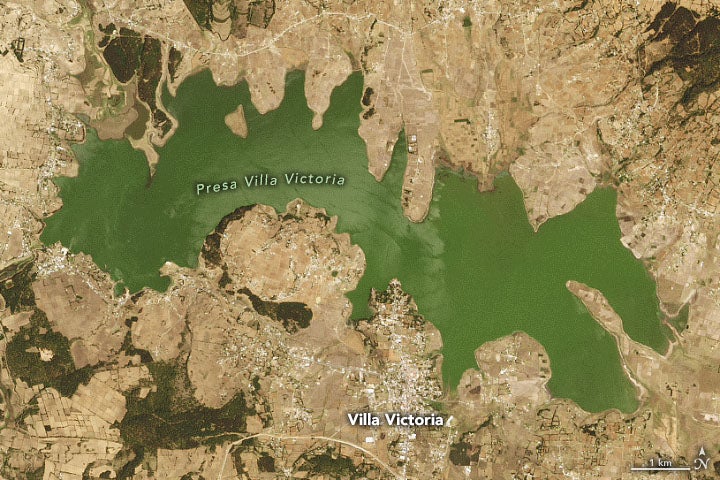 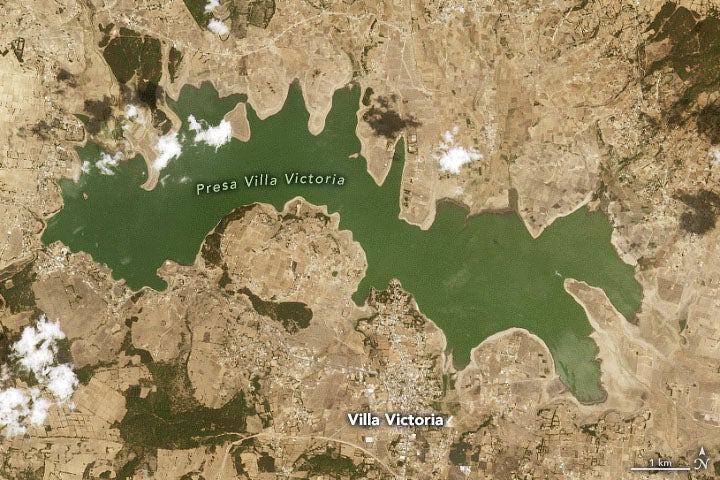 “The most recent images, although more cloudy, show that the water levels have continued to decrease. Villa Victoria is at approximately a third of its normal capacity ”.

Mexican dams at their lowest levels

According to what was exposed by the space agency, 60 large dams located in the north and center of the Aztec country are below 25% of their capacity. This has caused some government administrators to regulate the flow of the liquid from the reservoirs so that some inhabitants have been left without running water.

On the other hand, in the following map NASA shows the areas in which the vegetation is most stressed due to drought, through data on the Evaporative Stress Index (ESI, for its acronym in English). 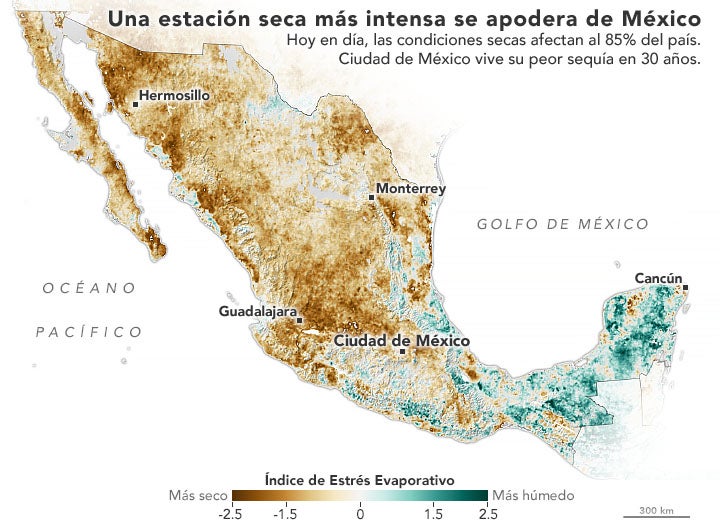 The ESI indicates how the evapotranspiration rate, water evaporates from the earth’s surface and from plant leaves, is compared to normal conditions. The space agency explains that the negative values are below normal rates, which is why plants are stressed due to inadequate soil moisture.

From October 1, 2020 to April 18, 2021, the National Meteorological Service of Mexico said that the country had about 20% less rainfall than normal. He also explained that the northeast of the territory has gone from a severe drought to an extreme one.

The report also adds that in the wet months of last year, little rainfall was also received due to the La Niña phenomenon, in which cold water from the Pacific Ocean inhibits the formation of rain clouds over Mexico and the southern United States.

“Mexico is approaching one of the worst widespread droughts on record. In 2011, drought conditions covered 95 percent of the country and caused famines in the state of Chihuahua. In 1996, the country experienced the worst drought on record and suffered huge crop losses, ”concludes NASA.