It took the US space agency a few hours to receive the data confirming the success of the mission.

This could change the way we explore the planets. NASA’s drone Ingenuity successfully made its first flight on the surface of the planet Mars. The small helicopter managed to rise for 40 seconds.

The US space agency took a few hours to receive the data confirming the success of the mission, which it announced in the control room and was received with applause.

While in the air, the device took a photo of its own shadow through its navigation camera, which autonomously tracks the ground during flight. 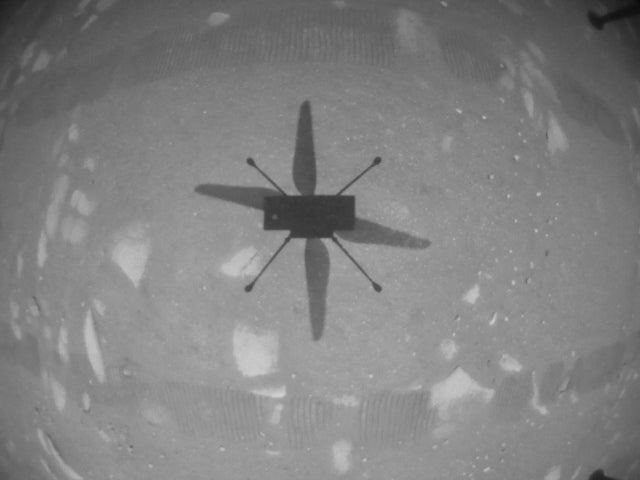 “Ingenuity is the latest in a long and legendary tradition of NASA projects that achieve a space exploration goal previously thought impossible,” said Acting NASA Administrator Steve Jurczyk. “The X-15 was a pioneer of the space shuttle. Mars Pathfinder and its Sojourner rover did the same for three generations of Mars rovers. We don’t know exactly where Ingenuity will take us, but today’s results indicate that the sky, at least on Mars, may not be the limit. “

It is the first controlled and powered flight on another planet. According to Business Insider , the feat is that the drone managed to function in a kind of hostile environment, since hovering on Mars is equivalent to flying three times higher than the peak of Mount Everest.

Today I witnessed history. Now you can too. You’re watching video of the #MarsHelicopter ‘s first flight – a true “Wright brothers” moment.

“Ingenuity’s initial flight demonstration was autonomous: piloted by on-board guidance, navigation and control systems running algorithms developed by the JPL team. Because data must be sent and returned from the Red Planet over hundreds of millions of miles using orbiting satellites and NASA’s Deep Space Network, Ingenuity cannot be flown with a joystick and its flight was not observable. from Earth in real time ”, explains NASA in a statement .