Home »Business»The first sweatshirt with NFT technology was sold, that is, as a non-fungible token for 500 thousand pesos

The sale represents “an evolution in fashion where the value is placed in the digital token and not in the physical garment,” the designers mentioned.

The trend of NFTs continues to stomp in the market. Since Gucci launched its “virtual” sneakers , many more brands have experimented with this type of technology. The hoodie auctioned by Blockparty.co features scannable art which can be viewed on any smartphone. The “garment” is part of a line from a new brand called Overpriced. This was sold for 26 thousand dollars (just over 500 thousand Mexican pesos), in the digital art market.

The comparer will be able to “wear” the hoodie and show it off on all their networks, as “NFTs provide a unique way for artists to designate what is real and what is authentic,” according to Leighton James, co-founder of Overpriced. In total there are 25 pieces , 10 auctioned while the other 15 will be given to influencers belonging to the music, art and fashion industries.

The sale represents: “an evolution in fashion where the value is placed in the digital token and not in the physical garment,” the designers mentioned.

The Overpriced brand was founded in early 2021 by James Zwadlo and Chris Levett, together with Leighton James (producers of electronic music). The new signature is inspired by the belief that value is in the eye of the beholder. 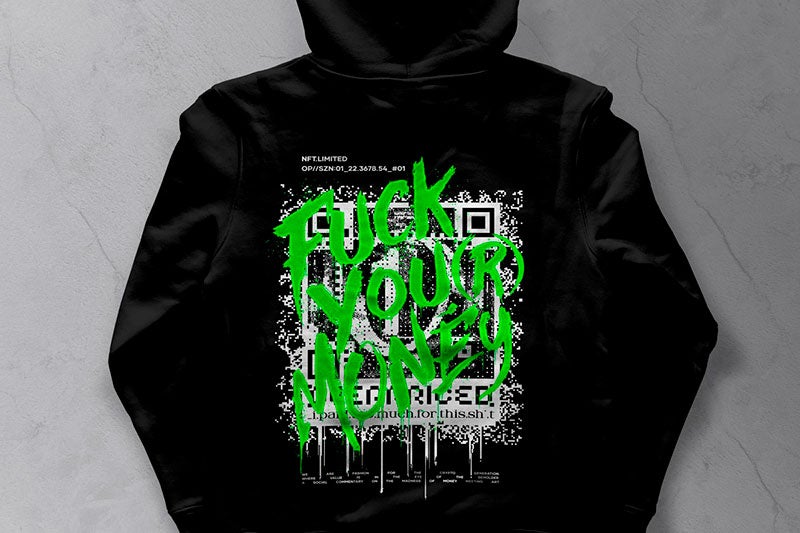 “We are a group of artists looking to create art-driven crypto fashion that aims to challenge conceptions of what luxury fashion is,” says James.

People are experimenting and selling NFT on a daily basis. For example, last week an art collective sold an NFT series made up of three videos of model Kate Moss at different everyday moments. Also starring grimes, she earned $ 5.5 million from her digital art sales. Even Twitter CEO Jack Dorsey sold his first tweet for $ 2.7 million and the band Kings of Leon was the first to release an album through NFT.

What else can be traded with non-tangible tokens?