Home »Business»The most expensive video game ever! They sell a sealed cartridge of 1986 ‘Super Mario Bros’ for more than 13 million pesos

Taking care of your games apparently brings a huge reward.

Collectibles become an object of desire, and people pay huge sums for them. This past Friday, in the city of Dallas, a closed cartridge of the 1986 Super Mario Bros was auctioned for $660,000, becoming the most expensive video game in history. A record price!

The one in charge of the sale was Heritage Auctions, which announced the sale through its Twitter account. The auction house said the video game had been purchased as a Christmas present but ended up in a desk drawer. In that place, it remained sealed until it was found in early 2021.

The finest known copy of the oldest sealed hangtab Super Mario Bros. smashed the previous record for the most ever paid for a video game when it sold for $ 660,000 in HA’s Comics & Comic Art Auction! #WORLDRECORD https://t.co/euEvVIUGT1 pic.twitter.com/KV6XyudieY

Heritage said this is the best known copy that has ever been rated. The 1986 Super Mario Bros, far exceeded the previous auction of a 1987 Super Mario Bros game for $114,000 (just over 2million pesos) made by an anonymous buyer in July 2020. 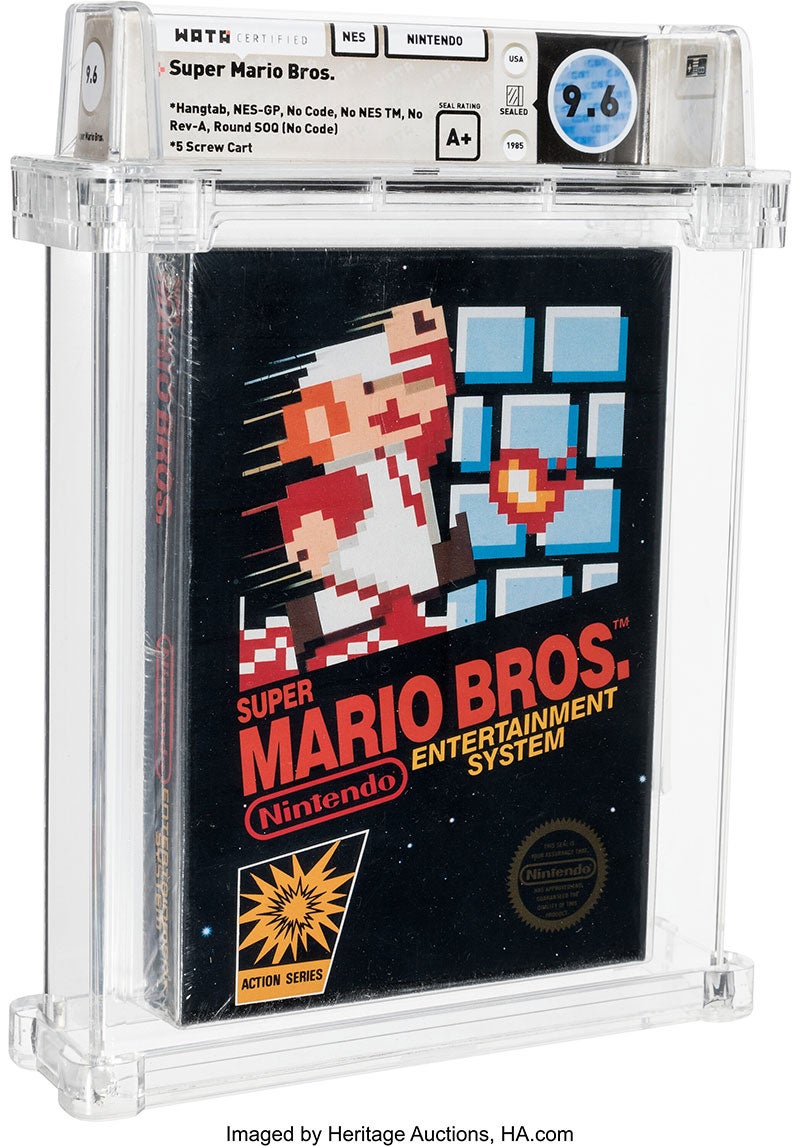 This is the oldest (sealed) copy that has been auctioned, as its production and sale was very short on the market.