The phone isn’t slated for the market until 2022.

Since Samsung launched the foldable smartphone in 2019, many have been wondering when it would be Apple’s turn. And, although there is still no set launch date, specialists think it won’t be until 2022. However, there are more and more indications of what a foldable iPhone might look like.

In terms of shape, it would be similar to the Samsung Galay Z Flip and the Motorola Razr. Based on the rumors and leaked data, the graphic designer Technizo Concept, in collaboration with LetsGoDigital, have made a series of 3D renders and a video of the expected smartphone. In the video, it can be seen in four bright colors: red, white, gray and gold, and it is shown from all angles.

According to the media, the first foldable iPhone will use a flexible display panel like Samsung’s. The images are based on the iPhone 12s and iPhone 13 models, and the latter is expected to hit the market in late 2021.

For the design of the camera, it is believed that it will have one similar to those of the iPhone 12 Pro Max. 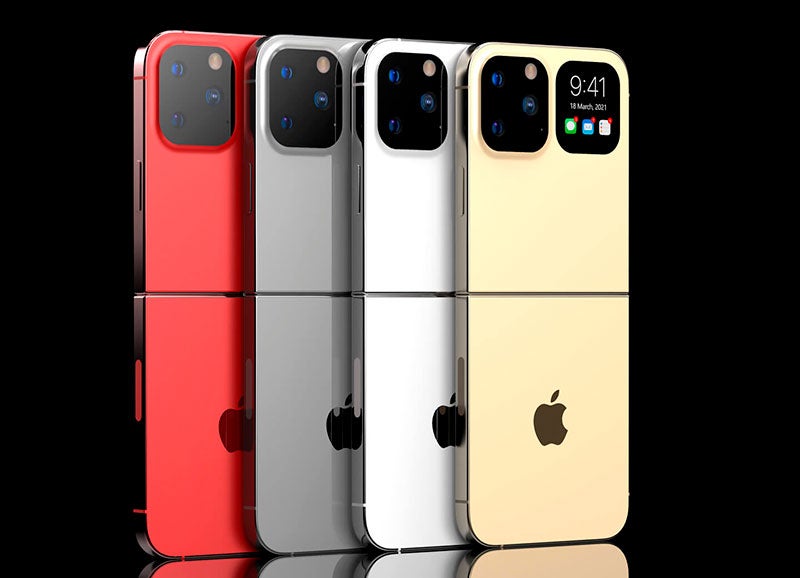 Why do you think of the new Apple project?

A few months ago, it was reported that Apple did several tests with the iPhone Flip made by the Taiwanese manufacturer Foxconn. The device was opened and closed about 100,000 times. In addition, the technology company is expected to go for a glass screen with a special ceramic protector, which will not break easily and will allow the user to fold it frequently. This type of material was already applied for the first time in the iPhone 12 series. 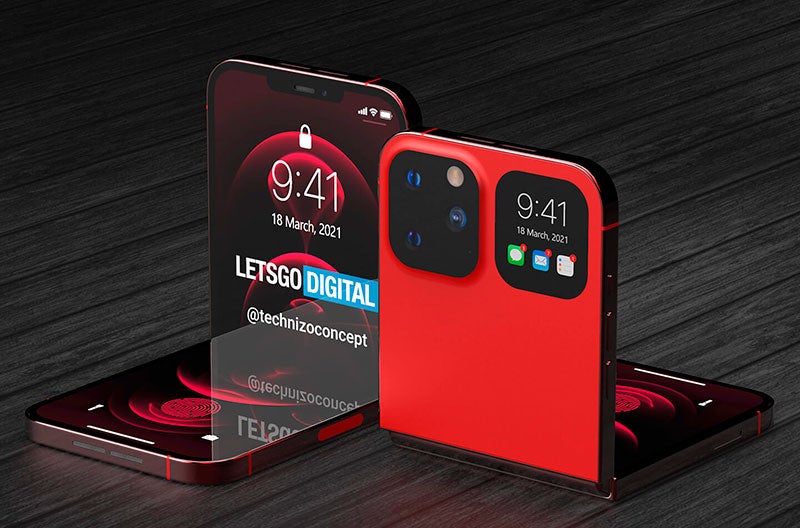 With the competition launching new foldable smartphone launches (like Samsung and Xiaomi), it leaves it open that the giant is lagging a bit behind technological innovations.

What do you think?