Home »Business»About 59.3% of MSMEs in Latin America are managed by women

Costa Rica is the Latin American country that stands out the most in having women leading the management and administration of an SME with 65.9 percent.

Year after year the celebration of International Women’s Day becomes the perfect time to highlight the achievements made by women in humanity. It is a date that, beyond encouraging respect and admiration, is framed to highlight the visibility of women in different areas of society, as well as their contribution and importance.

That is why Alegra.com , an accounting solutions company for SMEs, analyzed the numbers of new companies created within its platform and found that 59.3% of the companies created in the region are managed by the female gender.

Costa Rica is the Latin American country that stands out the most in having women leading the management and administration of an SME with 65.9%, followed by Colombia (62.1%) and Argentina (58.9%) according to the data reported by the company, which shows the importance of women leading business administration.

Percentage of female participation in the financial administration of an SME 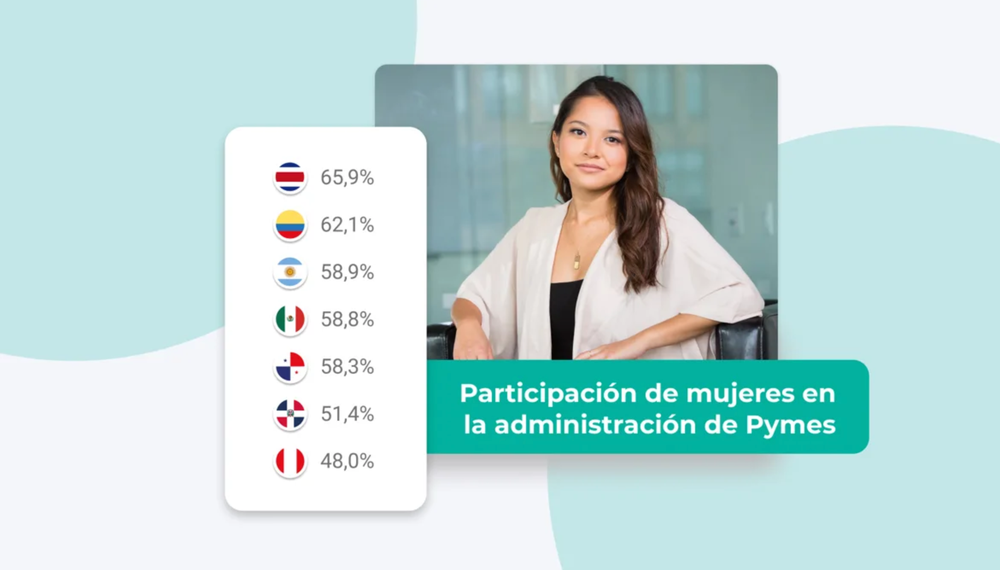 Alegra.com carried out this analysis on a sample of 55 thousand companies in Latin America.

“The participation of women ceased to be a gender gap issue and began to make an issue of the importance of women in the different sectors of MSMEs.” For her, that “the figures indicate that more than 50% of the administrative management is led by women is an achievement that helps to understand the feminine position in Latin American entrepreneurship, ”said Patricia Ríos, Administrative leader of Alegra.com in a statement.