Home »Business»Panama launches ‘feminist’ tennis line, but they are tuned in networks

The campaign meant to empower the movement created heated debate within the framework of International Women’s Day.

It is not new that a brand tries to join a social movement, but that, due to the execution, the result is not what they expected. Within the framework of International Women’s Day, the Panama footwear brand launched its “feminist” line. However, the image and texts published on social networks unleashed several comments and criticisms.

“Facts are loves and not good intentions”, as the saying goes, could be a good way to explain what happened. The intention of Panama, as explained in its networks (before deleting them) was to make visible the problem that the country faces with respect to feminicides and gender violence.

The product portrays tennis shoes of different colors with the colors representing the feminist movement printed on the fabric. Some of the messages that the shoes had were ‘Not one more’, ‘I’m not afraid of you’, ‘You are not alone’, ‘We want each other alive’, among others. 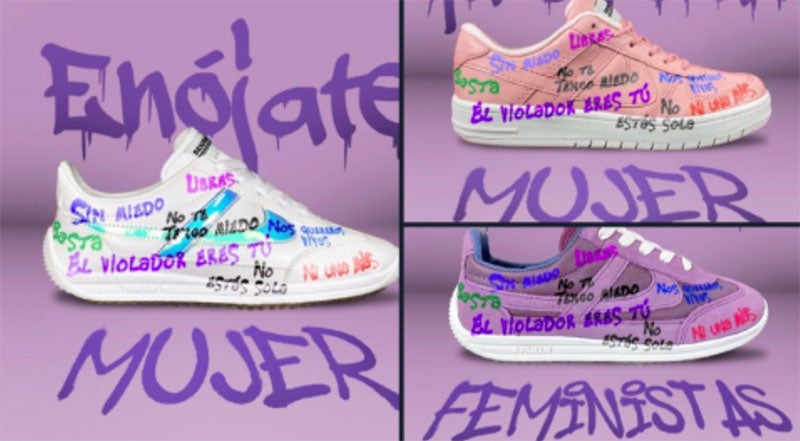 In addition, in the campaign, instead of generating awareness, it caused anger and caused feminist groups to label Panama as insensitive and bad taste.

While in Mexico 10 women are murdered every day, the capitalism of slogans takes advantage of the approach of # 8M to launch an advertising strategy that profits from the pain and anger of those of us who daily experience the violence of the patriarchal system. pic.twitter.com/UEAZtvcdoi

Shout, express yourself, get angry, you have every right and we have an obligation to listen to you, only then does the environment change.

In Panama we are feminists. “

This is what was read in one of the publications, which does not make the message of the percentages clear and caused confusion. So, users asked a lot of questions about it, aren’t feminists women? o What is the proportion of the 30% feminists who are men or women?

But that was not all. In another post, they added the text that exhorts women to “get over it” and also to get angry.

“Get over it, woman!

Yes, he already surpasses that abusive, macho and ignorant man. Get over it in everything. Be happier than him. Earn more money than him. Enjoy life more than he does.

Because you are better, superior.

Get over it, woman! 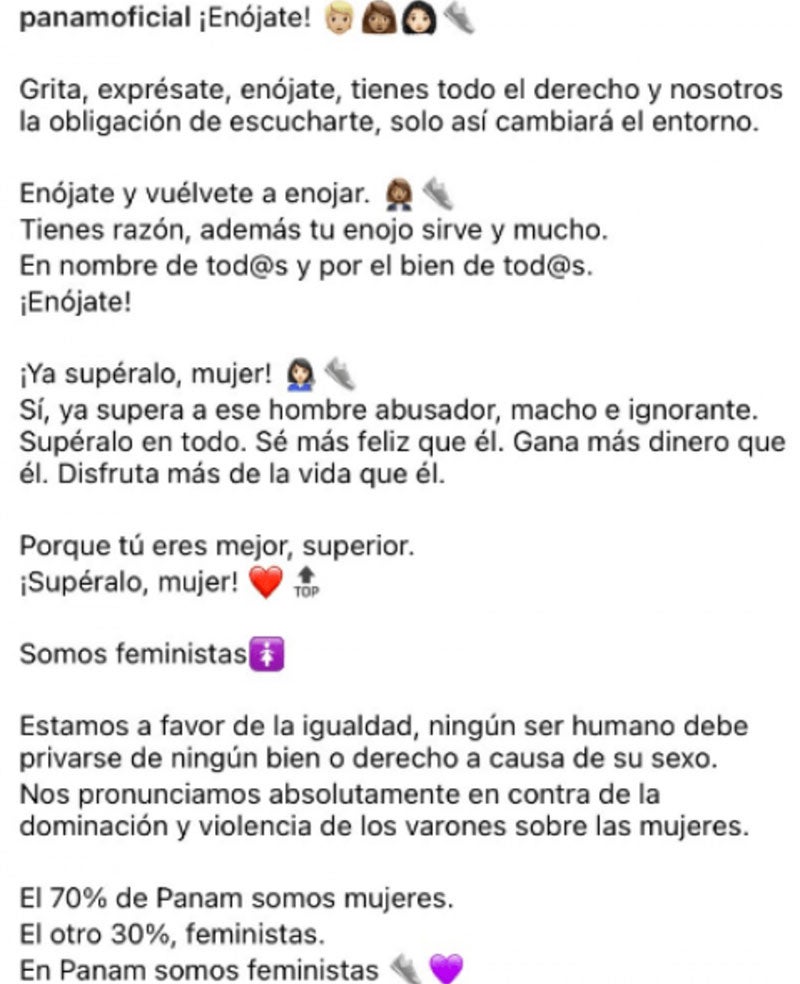 In the networks, users remarked that the brand, instead of joining the feminist movement, seemed to want to profit from it and that it did not understand the values of the fight to stop gender violence.

We are feminists / get over it woman
pic.twitter.com/i0CddbmPrg

Panama: Don’t worry, we are in no way seeking to finance ourselves from the feminist movement or # 8M pic.twitter.com/faMCg7AEU7

PANAM is a small sample of what the feminist movement means to the average Mexican businessman. pic.twitter.com/mENOn1SK4S

In the digital age, things are not so easy to forget. Until now, Panama has not spoken out in the face of criticism, but it has removed the image from its social platforms.

What do you think of the strategy of this brand?